These decadent pumpkin cinnamon rolls are so quick and easy to make (from scratch!) and are a perfect seasonal treat! 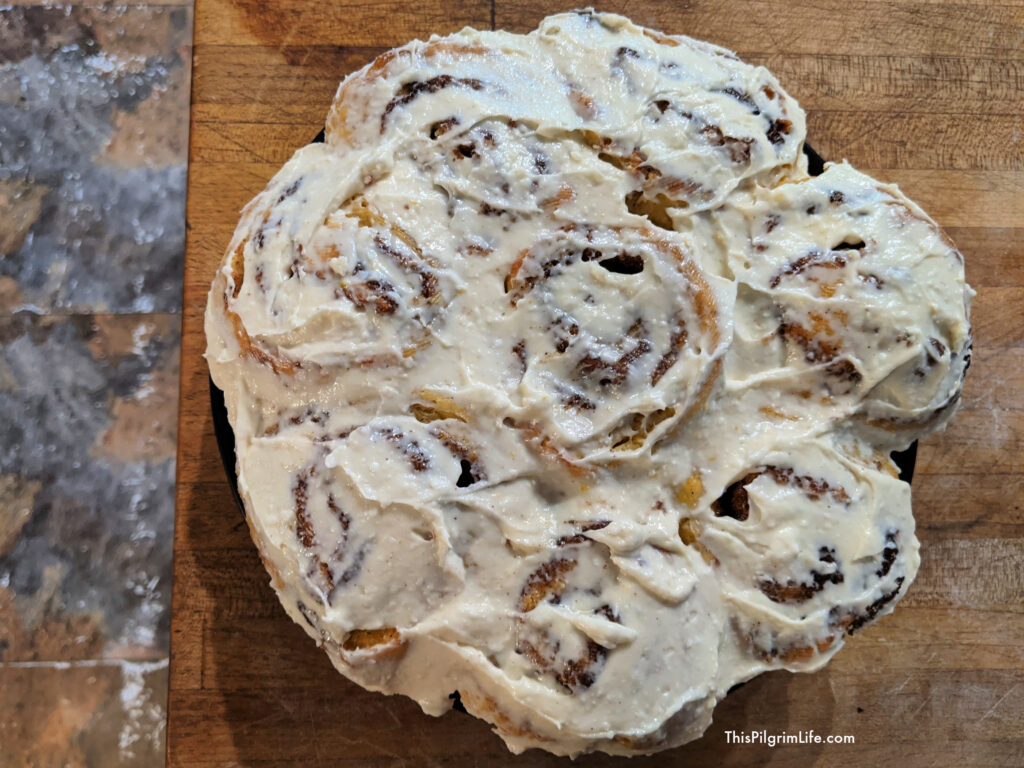 The links below may be affiliate links, meaning I earn a small commission at no extra cost to you. I appreciate your support of this site!

The first time I made these pumpkin cinnamon rolls we lost power about a minute before I was ready to put them in the oven to bake. Thankfully, the oven was preheated, though, because I put the cinnamon rolls in anyway and left them for about forty-five minutes. A little doughy, but delicious.

I don’t know that I would have chosen to lose power like we did, but it’s fun to have memories like that associated with food. We enjoyed our doughy cinnamon rolls and were very thankful for our camp stove to cook the eggs (which definitely were NOT going to finish cooking just on a preheated cast iron pan).

This recipe for pumpkin cinnamon rolls was adapted from my popular Amazing 30 Minute Cinnamon Roll Recipe. I used pumpkin puree I made from our garden (conveniently frozen in 1/2 cup portions in a muffin tray) and a special surprise ingredient in the icing. They are a fun and delicious twist on a favorite family recipe!

These cinnamon rolls can be done (yes, from start to finish) in just about thirty minutes. This is both wonderful and dangerous. We don’t have these very often, because hello sugar!, but I do love that I can easily make a batch when the mood or occasion arises.

Also, let’s just be honest and admit that I also love that this recipe only makes 8 because I’m usually the one eating leftover cinnamon rolls and I don’t need to be doing that for days… 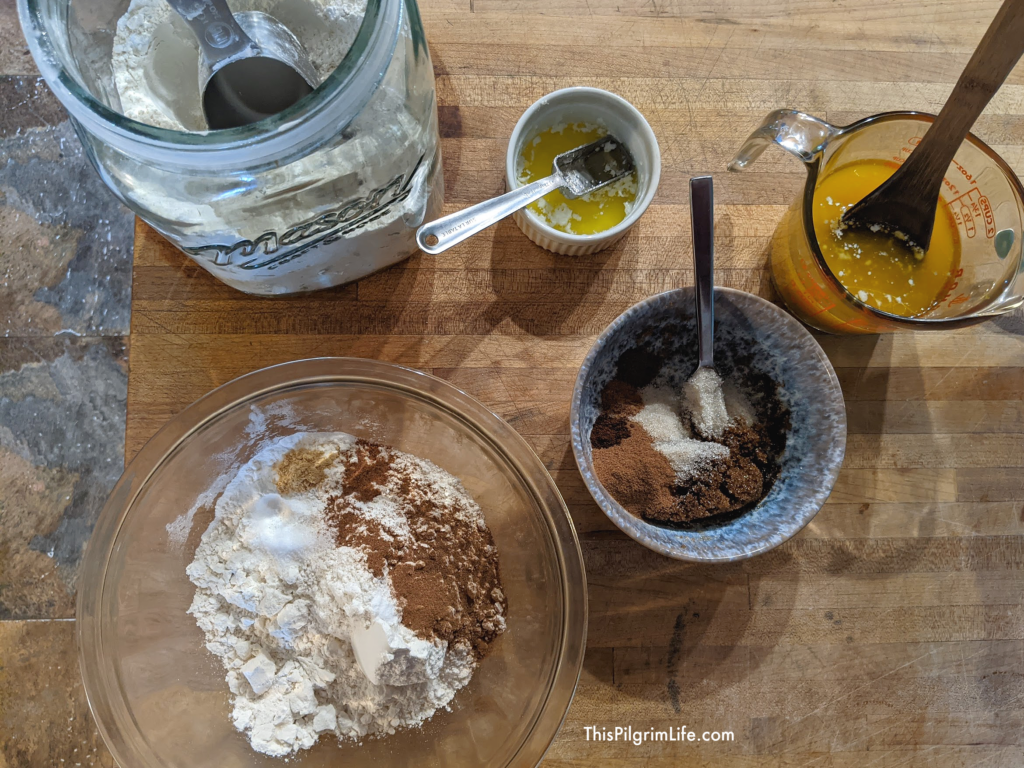 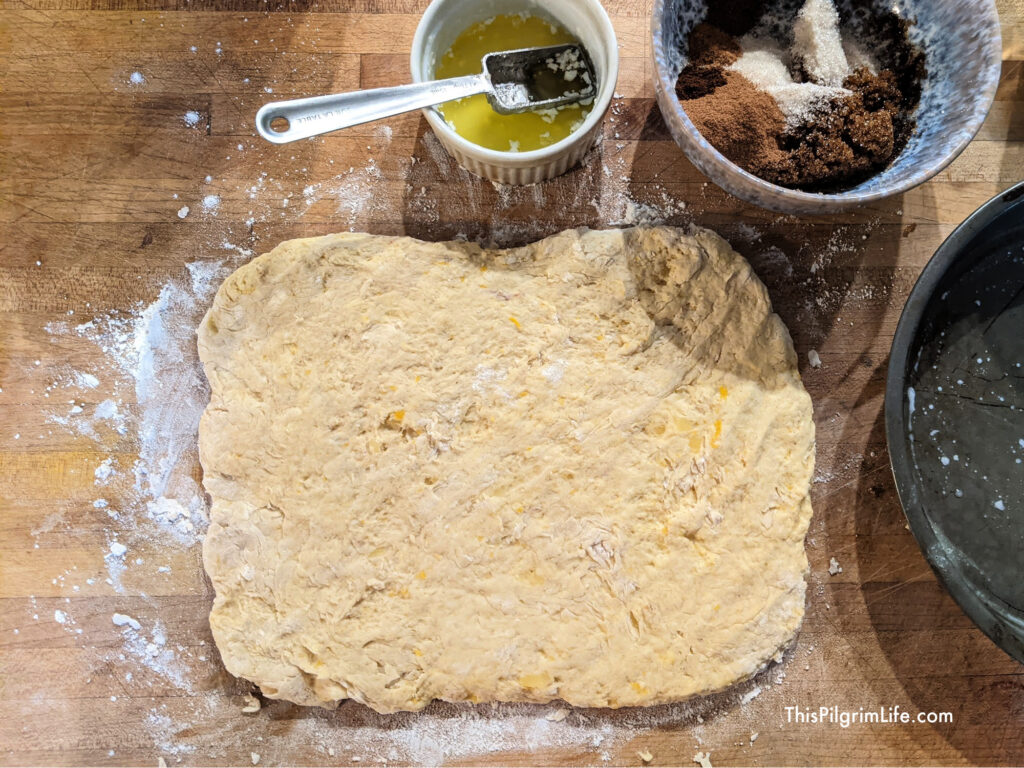 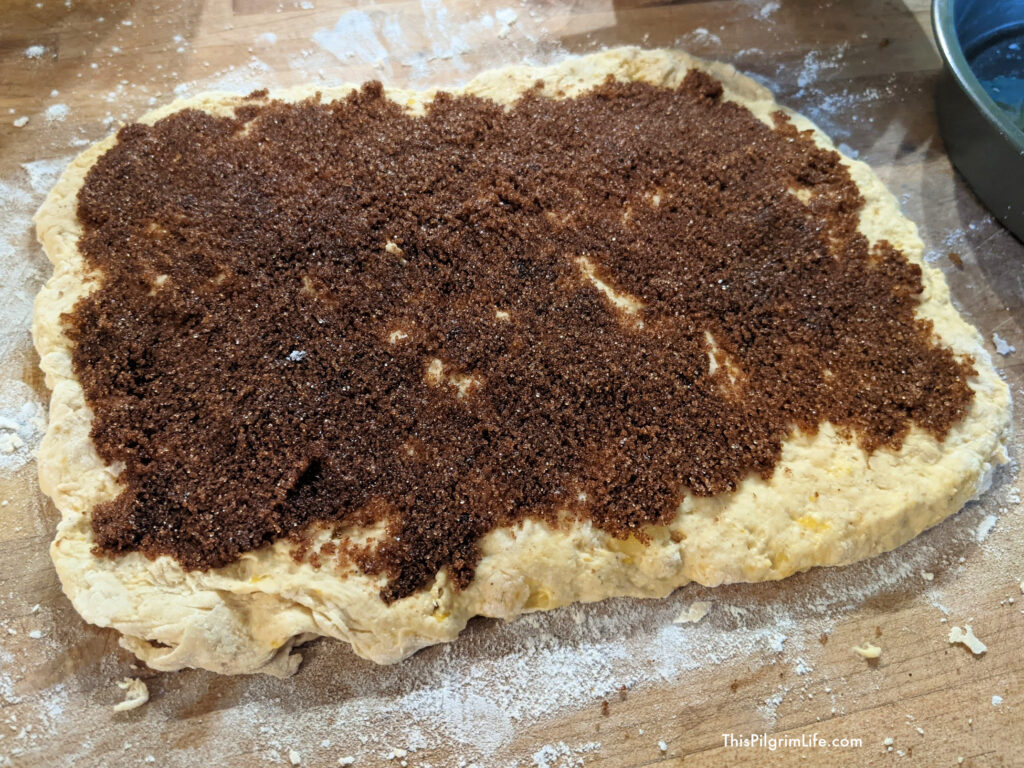 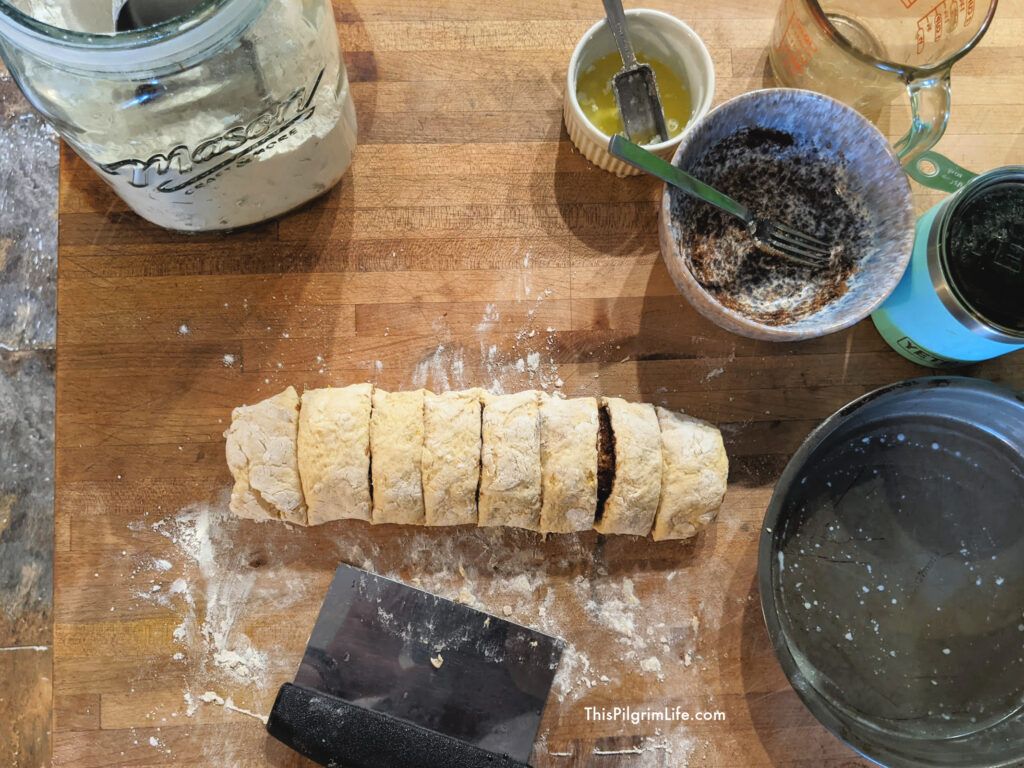 The dough for the cinnamon is very similar to a biscuit dough, and because of this, it’s best not to overwork the dough. Combine the dry ingredients and the wet ingredients separately, then after combining the two, stir just long enough to make a soft dough.

The dough presses out easily, but I do like to use my bench scraper to help roll and cut. 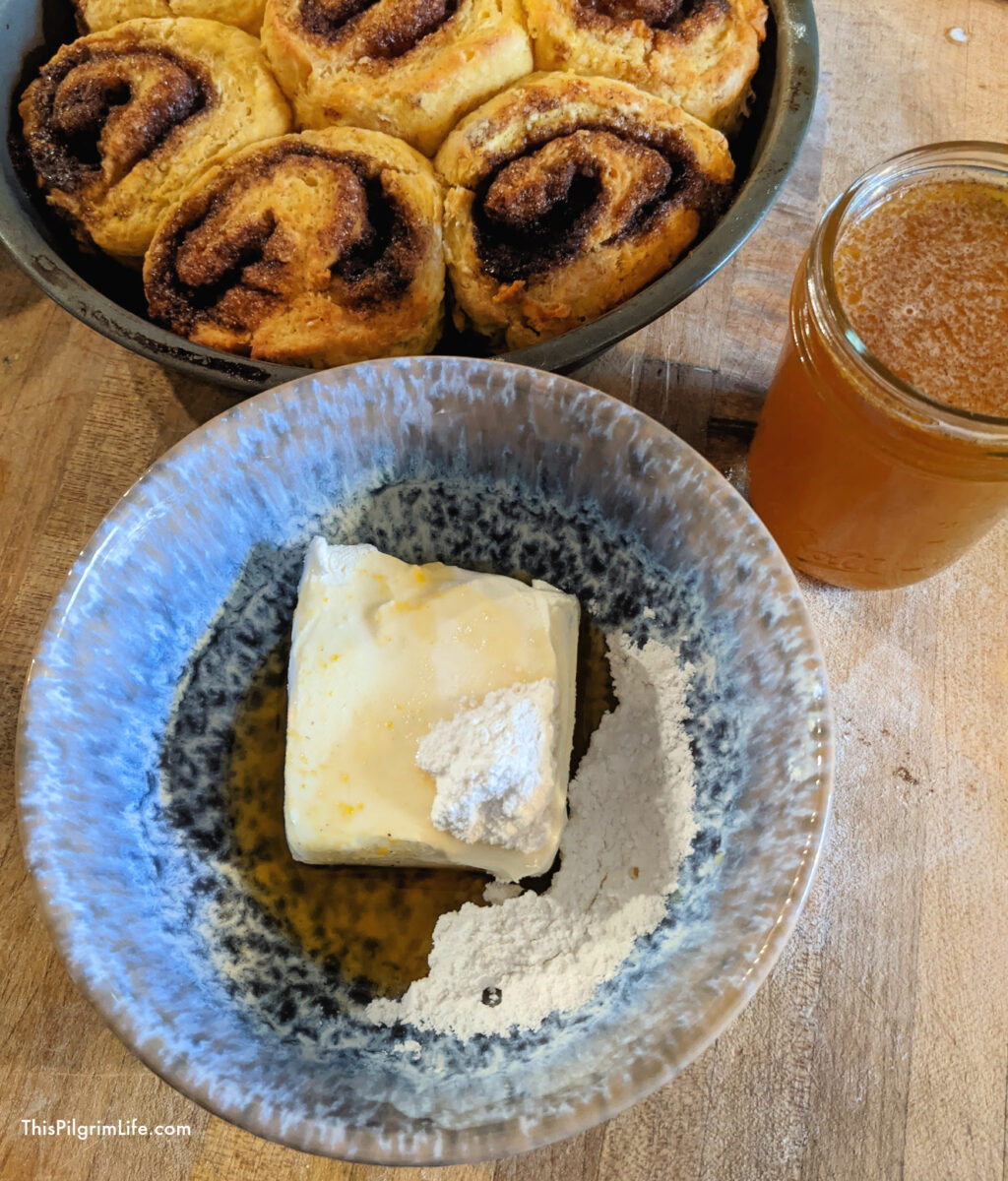 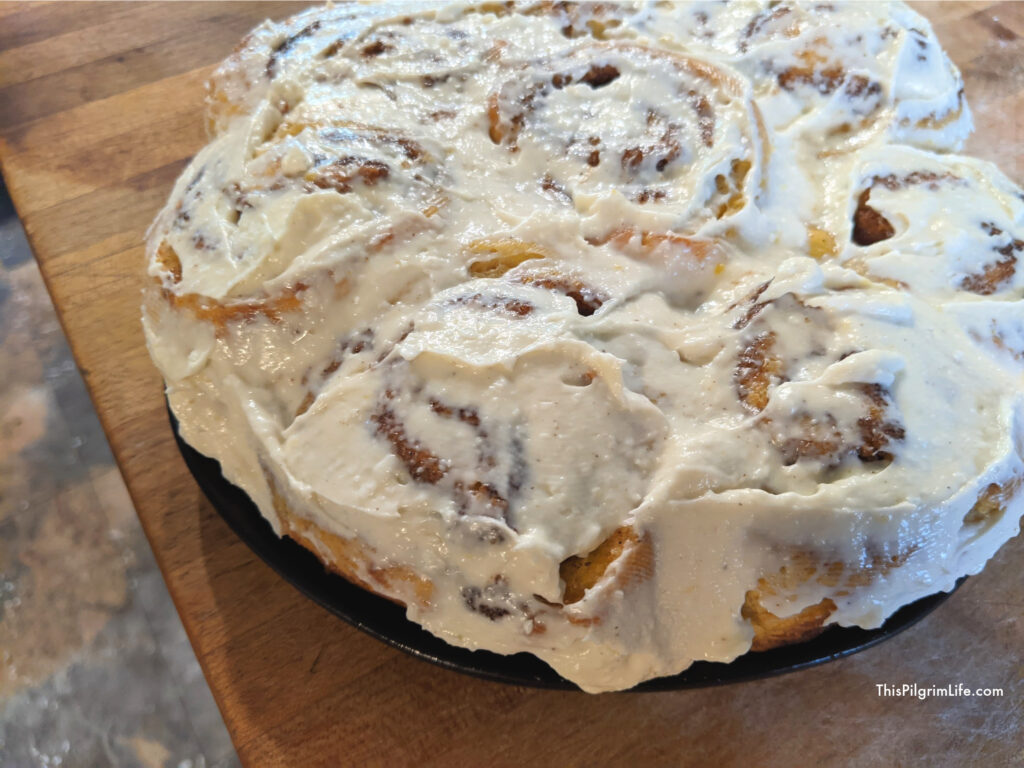 I wanted to bring a little more of the pumpkin flavor into the icing, and I was able to easily do this using Bri Mckoy’s Pumpkin Honey Simple Syrup. I already had made a batch a couple weeks ago, so I knew how easy it was to make.

I highly recommend making the syrup and keeping it on hand. It’s not only good for pumpkin cinnamon rolls, it also makes really great pumpkin lattes and iced coffees!

Don’t forget to share and tag me, @thispilgrimlife! I love to see what you’re making!

These decadent pumpkin cinnamon rolls are so quick and easy to make (from scratch!) and are a perfect seasonal treat!

*If you do not want to make the simple syrup (it’s great for lattes too!), you can substitute milk and add a little more powdered sugar until the icing reaches your desired sweetness.

MAKE AHEAD AND FREEZE ::

Sharing is caring! Help support this blog by pinning and sharing. Thank you! 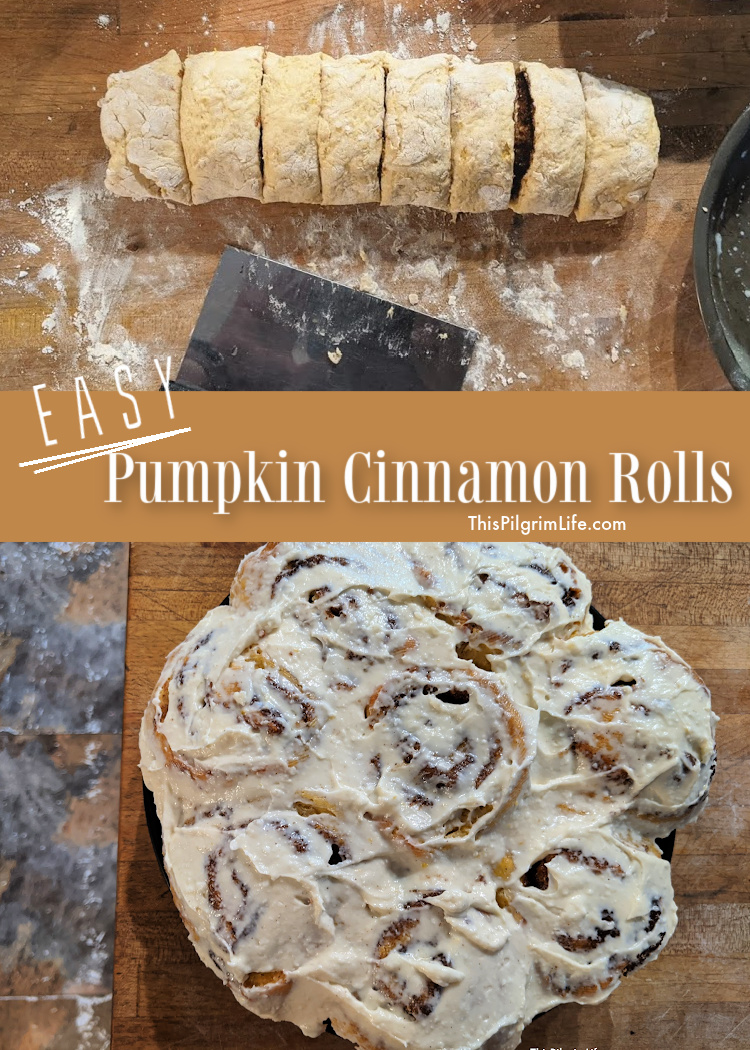