You are here: Home / Family Life / Beauty and the Beast and the Big Picture 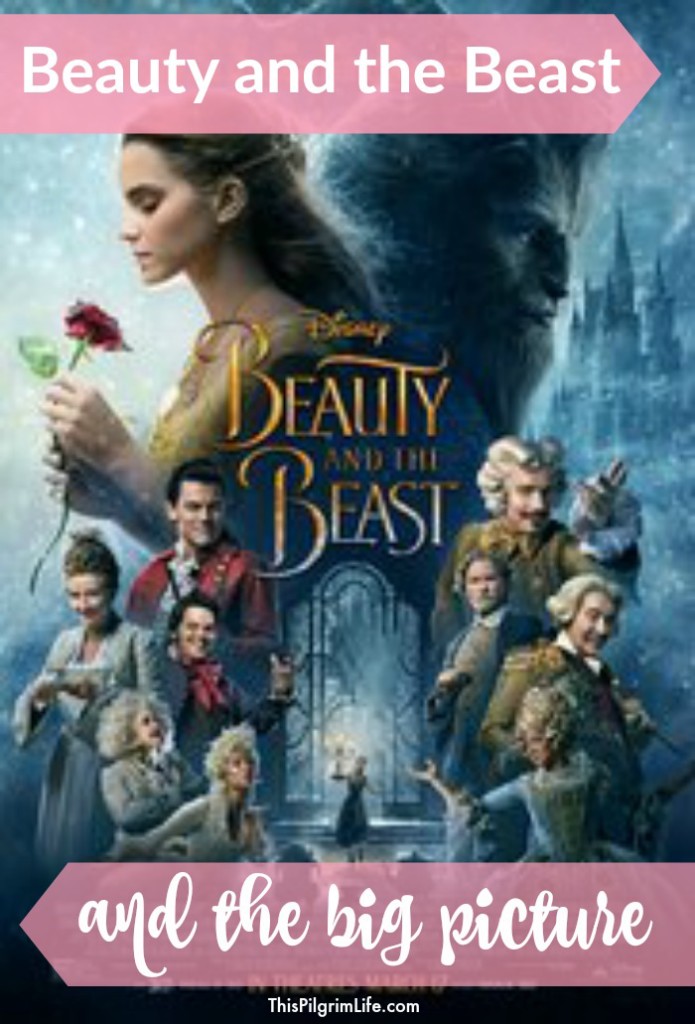 By now I am sure you have heard about Disney’s new live-action Beauty and the Beast movie coming to theaters in just a couple of weeks. Much has already been said about what we can expect from the movie, and people have expressed everything from anger to joy about the addition of a homosexual storyline in the film.

If, by chance, you are not aware of the content of the film, you can read what to expect here and here. Everyone has their own biases and perspectives, so you will notice that these two reviews from individuals who have had a chance to preview the film vary in tone and conclusion.

I am not going to try to persuade you to avoid Beauty and the Beast or to support it either. It is not my goal to set your convictions for you.

Even so, I do want to draw attention to a couple of things that can get overlooked in the conversation.

If you are tired of hearing about Beauty and the Beast, relax. This is about much more than just one movie.

Beauty and the Beast

The primary concern most people have expressed with Beauty and the Beast is over homosexuality– the distortion of God’s design and the disobedience to His commands– becoming normalized and viewed as acceptable, when God is clear that the practice of homosexuality is sin.

I don’t disagree. As Christian parents, we teach our children to love and respect everyone as created in God’s image, while also teaching them that God has clearly laid out commands and a way to be reconciled to Him despite our many sins and failures. Right and wrong are not up to us to decide. (Proverbs 16:25)

This applies to so much more than homosexuality.

Friends, it is not enough to become upset over one particular sin and ignore others. To say, never this, but these others are okay. If we want to be genuine, we also need to be consistent.

Even in the classic cartoon version of Beauty and the Beast which we grew up with and loved, there are questionable aspects worth considering. Aspects of the story likely to be carried over into the live-action version as well.

Are we concerned about the scantily-clad women who throw themselves at Gaston? Or about Lumier/candlestick and the French maid/feather duster constantly getting frisky? This morning I also heard someone raise issue with the fact that the storyline can be taken as encouraging girls to stay in an abusive relationship as Belle did, (something which is, of course, central to the plot but worth considering nonetheless).

We have not yet decided whether or not our kids will watch the new Beauty and the Beast. But I can tell you our decision will involve more than an analysis of one character’s behaviors.

And the Big Picture

As I read people’s reactions to the new Beauty and the Beast this week, I could not help but wonder if we are as vigilant and cautious about the rest of our children’s entertainment choices.

Kids shows on Netflix. Other Disney movies. Even documentaries. Screen time in all forms has the ability to reorient our children’s thinking if we do not exercise discernment with both what and how much our children watch.

Every family should make their own decisions about what is profitable and helpful for them, but that does not mean there is not general wisdom we can all put into practice.

Images are powerful. We need to be careful lest the subtle and gradual intake of the images and messages found in media leads to saying that what God has called sin is “maybe not that bad”. It is the “Indeed, has God said” question in a different setting.

In 2 Timothy 3:2-5, Paul describes qualities that people who do not know the Lord will possess. They will be lovers of self, lovers of money, boastful, arrogant, revilers, disobedient to parents, ungrateful, unholy, unloving, irreconcilable, malicious gossips, without self-control, brutal, haters of good, treacherous, reckless, conceited, lovers of pleasure rather than lovers of God, holding to a form of godliness, although they have denied its power.

Take a look at this list and consider these qualities. Do the characters in your children’s favorite shows habitually demonstrate a love of money, disobedience to parents, gossip, and so on? The danger is in characters being so likable, the storylines being so engaging, that these sins Christ died to free us from begin to seem trivial, funny, and “no big deal”.

(Parents, this goes for us too. Do we allow ourselves to be entertained by adultery, greed, violence, crude humor, and so on? Isaiah warns against calling good what God has called evil.) 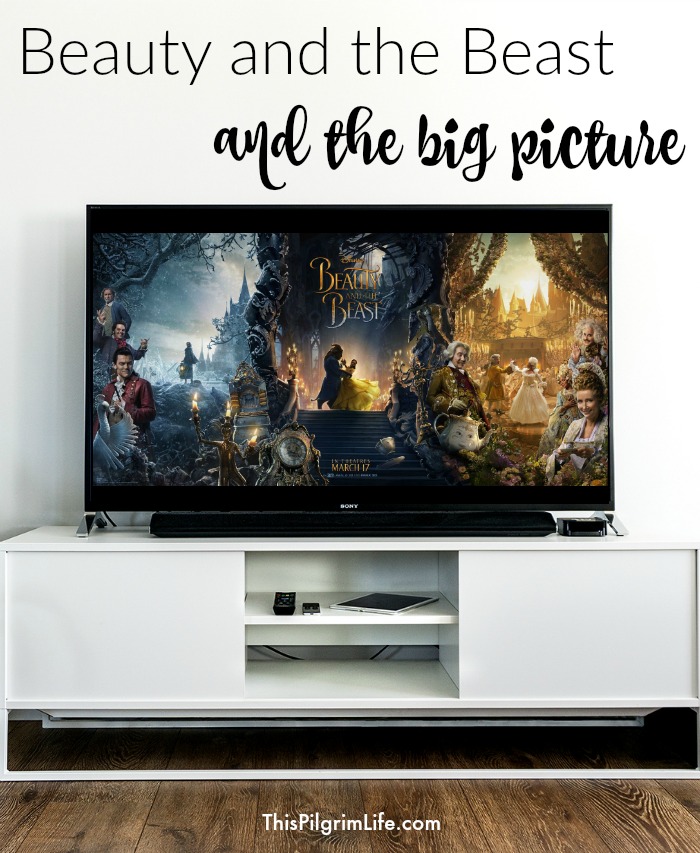 Lest you think I am promoting some sort of asceticism or a works-based righteousness in our kids, it is incredibly important to make one final note before I end this post.

Continuing on in 2 Timothy 3, Paul encourages Timothy to continue in the things you have learned and become convinced of, knowing from whom you have learned them, and that from childhood you have known the sacred writing which are able to give you the wisdom that leads to salvation through faith which is in Christ Jesus.

We can avoid and shelter and censor all we want, but if we neglect to pour into our kids’ hearts and minds the love and truth found in Jesus, it is all in vain.

It is because we are convinced of God’s beauty and worth that we can see past the temporary pleasures of the world to the deeper, more satisfying pleasures found in Him.

This is what I want to pass on to my children, just as Timothy’s mother and grandmother passed on to him.

EACH WEEK I LINK UP WITH MOTIVATION MONDAY, MODEST MAMA, MAMA MOMENTS, TITUS 2 TUESDAYS, AND WORKS FOR ME WEDNESDAY, AND 100 HAPPY DAYS. THE LINKS ABOVE MAY ALSO BE AFFILIATE LINKS, MEANING I EARN A SMALL COMMISSION AT NO EXTRA COST TO YOU. I APPRECIATE YOUR SUPPORT OF THIS SITE!